Another massive Sega reshuffle. Suzuki hands over AM2 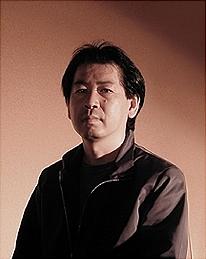 No doubt in an attempt to make itself more attractive to potential suitors - Sammy in particular - Sega Enterprises has announced yet another considerable reshuffle of its research and development operations in Japan.

Indeed, the nine development studios, what?s left of the old-time AM teams, will be consolidated to five as-yet unnamed departments. What?s more, two all-new studios are planned. As to which will remain from Hitmaker, Amusement Vision, Sonic Team and so on remains to be seen, though Japanese reports state that no job losses are planned. Absolute clarification of the situation is expected to come from Sega?s directors? meeting scheduled for July 28.

In other news, AM2 chief and gaming genius/lunatic Yu Suzuki will relinquish hands-on control of his beloved department, handing the reigns to Hiroshi Kataoka. Kataoka-san is credited with the acclaimed Virtua Fighter 4 Evolution tweak-a-thon and has in the past been described by Suzuki as ?a true genius.? Suzuki will go on to take an even broader role at Sega, impressive given that he oversees everything anyway?
Companies: AM2 SEGA
People: Hiroshi Kataoka Yu Suzuki