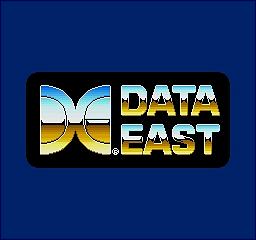 Data East, the famed Japanese developer behind such classics as Burger Time, Crude Buster and Karate Champ, has been declared bankrupt by the Tokyo district financial court, following a failed four year fight for survival.

The firm reached the height of its powers between the mid 1980?s and early 1990?s, with its distinctive logo and carnival-inspired soundtracks a regular feature in arcades, and in the boot sequences of countless home conversions.

If anything interesting happens to the outfit?s intellectual properties, we?ll let you know.
Companies: Data East