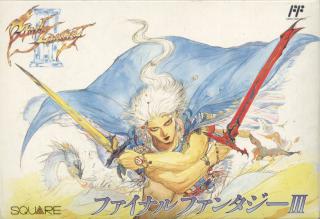 FFIII - the NES original
As the world waits for what the firm describes as a ?significant game announcement? this week, RPG behemoth Square Enix has announced that the WonderSwan Color version of Final Fantasy III may not see the light of day in Japan.

Although this seems like bad news for our RPG-spoilt friends, it may well prove good news for us, as Square Enix has stated that a port of the code may very well be making its way across to Game Boy Advance in the coming months.

Given the installed userbase of both machines, it would make business sense to do this. It?s also worth bearing in mind that the relationship in place between Square and Bandai stems from the Yamauchi days at Nintendo, when, still embittered by the defection of Final Fantasy VII to PlayStation, the former president refused to do business with Square.

We?ll let you know what happens, and hopefully bring you news of a western release, as we get it.
Companies: Bandai Nintendo Square Enix
Games: Final Fantasy III