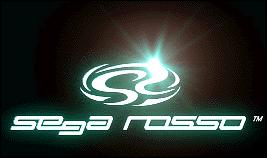 Kikizo reports that Sega Rally 3, the hotly anticipated new Sega Rosso coin-op racer, has actually been complete for several months - since February of this year, to be precise.

We brought you news back in January that Sega Rosso?s Tadashi Takezaki had confirmed the game for arcade and multiple home systems. However, the truth behind the game?s continued absence is an interesting story.

According to a distribution partner for Sega?s arcade arm, Sega Rally 3 should have shipped some months ago, but has been held back by legals due to ?unforeseen licensing issues,? more than likely to do with the tricky business of licensing real-life cars for the game.

All very interesting, with the upshot being that the home versions, thought to be initially PlayStation 2 exclusive, should hit shelves this year.