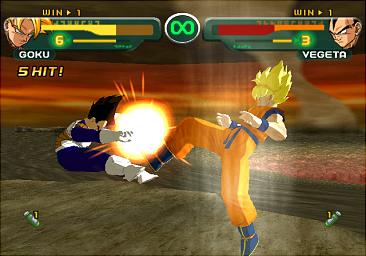 Following the successful release of Dragon Ball Z: Budokai for PS2, which has now sold more than 3.5 million units worldwide, publisher Atari has announced the game is headed for GameCube later this year.

Atari’s Matt Broughton was pleased with the announcement. "We are thrilled to bring Dragon Ball Z: Budokai to the Nintendo GameCube. It features a heart-pounding interactive story that runs parallel to some of the most exciting sagas from the animated television series. Nintendo GameCube owners will now be able to enjoy all the Dragon Ball Z excitement that made Budokai on PS2 such a hit." Fair enough!

This announcement comes as a pleasant surprise for GameCube, with Atari showing continued support for the platform despite several other publishers withdrawing their support.

No release date has been given for Budokai as yet, but a pre-Christmas 2003 launch is likely. We’ll keep you posted.
Companies: Atari Bandai
People: Matt Broughton
Games: Dragon Ball Z: Budokai