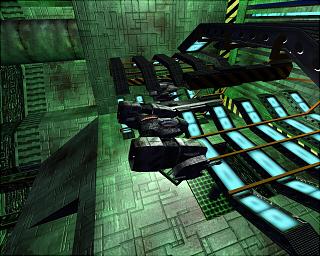 All Images (4) »
Koch Media has released the latest batch of screens from X2: The Threat, the PC space trading game that?s been gathering momentum over the past few months.

Created by EgoSoft, if you imagine Elite updated for PC, then you?ll not go far wrong.

Indeed, the parallels with the 8 Bit classic are difficult to ignore, with players able to define their own destinies as honest traders or rampant pirates, all led by a plot of epic proportions involving space exploration, new species discovery and empirical overlords.

We are incredibly excited to have signed X2 as part of our 2003 line up," said Kerri Davies, Commercial Director of Koch Media. "EgoSoft's incredible attention to detail and continuing innovations of game play reflects the on going quality of games to be published by Koch Media."

We bet the development team had a ball making its own Elite-a-like too. Surely every bedroom coder?s dream come true!

X2: The Threat, which is confirmed for PC only at this time, is due for release in October of this year.
Companies: EgoSoft KOCH
People: Kerri Davies
Games: X2: The Threat