Turn-based strategy between Stevenage and Slovakia. 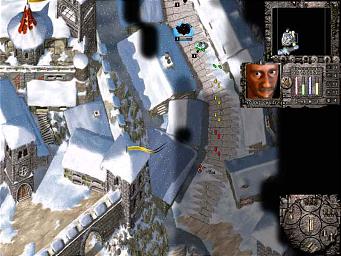 All Images (5) »
Nobilis has announced that their Mayhem Studios-developed RPG title Empires of Magic is set for an August 2003 release in Europe.

Angela Vazquez-Rivera, Sales and Marketing Manager, Nobilis UK commented, "There has been little to entice the fantasy turn-based strategy fan since the last helping of Heroes of Might and Magic. Empire of Magic offers something new and with its RPG style of gameplay, opens up the genre to a wider audience."

Not strictly a role-player per se, Empires of Magic incorporates that old staple, turn-based strategy. We are promised a complex story of Mages, spell-casting, quests to subdue the onset of anarchy - you know the kind of thing.

We have some early screens to show you, so enjoy!
Companies: Mayhem Studios Nobilis
People: Angela Vasquez-Rivera
Games: Empires of Magic