But Sony exclusives could be history. 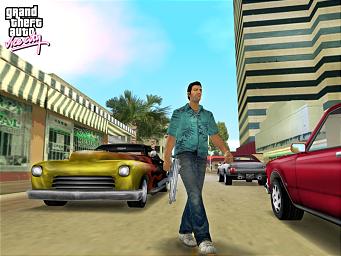 As you may well be aware, there has been gathering weight behind the idea that Take 2, Rockstar?s mummy company, will release the next instalment of the wildly popular shock ?em up Grand Theft Auto: Vice City for Sony?s next generation PlayStation 2 offering, but in an announcement today, the firm seems to have scuppered this.

Announcing financial results this morning, Take 2 CEO Jeffery Lapin stated that the firm had around 90 game projects in the works ? strange, given only about six were shown at E3.

Nevertheless, the firm did commit to releasing GTA4, whatever that might be, before the end of next year, meaning that it is unlikely to meet the projected PlayStation 3 launch.

Rumours of an Xbox version also abound today, as Take 2 is seemingly wriggling away from its Sony exclusivity deal, no doubt tempted by the ?world of cash? to be found hidden within certain lucky golden Xbox development kits.