BAM! realises that in the end, royalties have to be paid 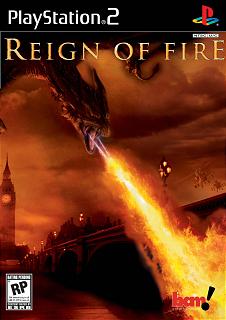 RP stands for 'Royalties Pending' in this case
There is a long-standing tradition in the UK games industry that sees a whole bunch of shysters sitting around a table, deciding to publish a licensed game, with no intention of ever paying the license holder. We could give you a whole load of examples, not least some of the deals done in the latter days of Virgin Interactive, but we?ll save that for another time.

Now of course this isn?t the case for BAM! Entertainment, though coincidentally, according to reports surfacing today, the struggling UK developer/publisher is being sued by Spyglass Entertainment Group for failing to pay royalties for the Reign of Fire game.