Dead or Alive Will Be Online Forever 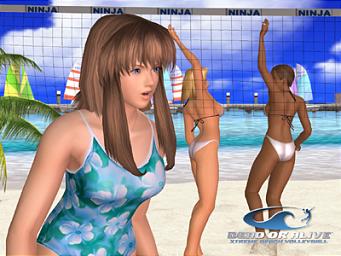 Xtreme Beach Volleyball
All Images (4) »
Following the 'stripping meets video games' display put on by Tecmo at this year's Electronic Entertainment Expo in Los Angeles last week, several intriguing bits of information spilled forth as to the online future the series is set to enjoy.

What's more, the next true game in the series, Dead or Alive Code Chronos, is also believed to be fully online, as is the next perv-em-up outing form Team Ninja, the as-yet unannounced Dead or Alive Xtreme Beach Volleyball 2.