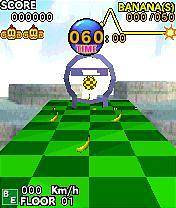 Super Monkey Ball
All Images (7) »
Although Nokia is new to the world of console production, the handheld N-Gage has already accumulated quite an impressive line-up of games. With an overt emphasis on re-releasing the biggest name games possible, its library is already looking pretty strong. Although Sonic N is the only N-Gage exclusive, the others do show off the machine's capabilities by handling 3D graphics with comparative ease. There is also some mighty fine use of wireless networking (the N-gage is a mobile phone after all!) permitting all kinds of multiplayer mayhem.

Below are the games announced so far: