Bond is back... again 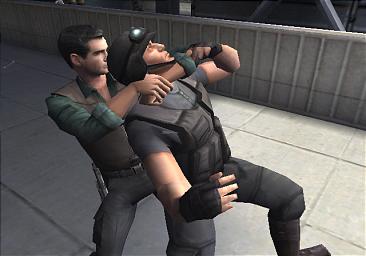 All Images (6) »
Electronic Arts have recently announced their latest James Bond game: Everything or Nothing (PS2, GC, GBA, Xbox). Like Agent Under Fire and NightFire, the game will be forging its own story through the Bond universe, rather than following the plot of any existing film. James (of the Brosnan type) will be taken to New Orleans via Peru and Egypt, utilising an appropriately absurd arsenal of gadgets, gizmos and vehicles courtesy of Q. New gameplay features will arrive as a two-player co-op mode and a new third-person perspective.

Good news for Bond fans then. But wait? EA have also announced that they have secured the rights to every single Bond film ever made, and every one that might be made until the year 2010. Thanks to their expanded partnership with MGM Interactive, EA could effectively re-release all the classic Bonds from yesteryear and, given their plentiful resources, they probably will. Extremely good news for Bond fans then.

Whether EA take on a conversion of Goldeneye will remain to be seen, but we're sure we'll be seeing a secret military compound's worth of James Bond games pushed onto the shelves over the next few years. One thing's for sure: with Bond on their side, EA are taking another sure-footed step towards global domination.

Companies: Electronic Arts
Games: 007: Everything or Nothing James Bond: Agent Under Fire