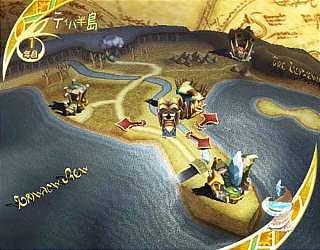 All Images (2) »
Speaking at a press conference yesterday, Final Fantasy Crystal Chronicles lead producer Akitoshi Kawazu, no doubt arriving in the US early to stave off ultimate jetlag, released some pre-E3 details for the massively anticipated role-playing game.

Speaking of the heavy link-up features to be found in the game, Kawazu-san stated that the GBA to GameCube cable and GBA will be used in both single player and multiplayer quests. He also said, for the first time, that multiplayer options will only be open to those connecting to the two Nintendo systems.

What?s more, it was revealed that Mario stalwart Shigeru Miyamoto has been working closely on the project. However, everyone says that about every GameCube game they can get away with, so who knows??