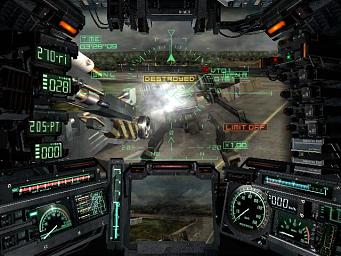 Well, if you’d just shelled out over a ton on joystick, you’d expect to be able to use it with more than one game wouldn’t you?

This being the case, Capcom’s US office has today announced its E3 line-up for this year, in what is becoming an alarmingly regular occurrence on the run up to the show. That aside, one of the surprise games on the list is the tentatively-named Steel Battalion Online for Xbox.

Also of note is Maximo Vs Army of Zin, a follow up to the firm’s popular Maximo platformer of last year.