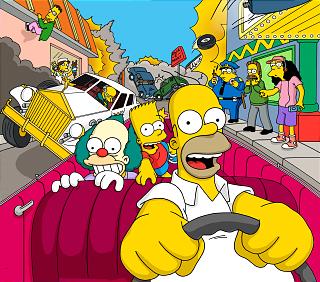 Vivendi Universal has announced a game that sounds like a cross between Grand Theft Auto and the genuinely terrible Simpson's Road Rage.

Carrying the auspicious title The Simpsons: Hit and Run, the game will be a mission-based driving affair, set in and around the mean streets of Springfield and perhaps even the uncharted roads of Shelbyville.

The stats line up as 40 vehicles, and loads of playable characters, including Homer, Bart, Apu, Marge, or Lisa. The game will feature 17 different drivers, including Cletus, Comic Book Guy, and Principal Skinner. Snake must surely also be included. Yoink!