It's Time to Play for Big Money

Top dollar to be won in latest gaming comp 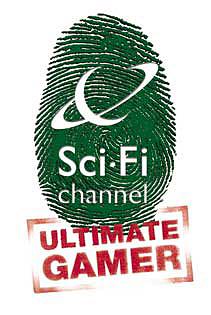 All Images (4) »
Cult TV station, The Sci-Fi Channel, has announced details of its forthcoming high-stakes games competition, to be staged nationwide this summer.

Entitled "Ultimate Gamer", the competition will offer 1000 entrants the chance to try and prove themselves king (or queen) amongst men (or women). There are generous cash prizes and other goodies from a prize fund in excess of Ł50,000.

The subject matter involved will be Universal's forthcoming movie license The Hulk and qualifying heats will begin in Virgin Megastores nationwide following the game's release on 13th June. The next round will see six big-screen semi-finals hosted at UCI cinemas around the country, whilst the grand final - hosted by every gamer's dream chick Emily Newton-Dunn - will take place on to the massive screen at the UCI Empire Cinema in Leicester Square on 5th July.

Full details on how to apply can be found at www.scifi-ultimategamer.com