JoWood and French giant do a deal. 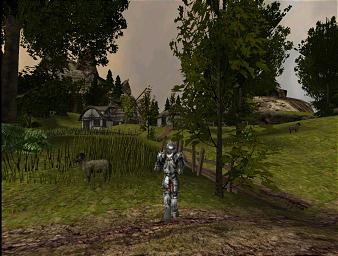 All Images (3) »
Already released in Switzerland, Austria, and Germany, and a massive hit in the latter, JoWood has announced the completion of a rest-of-the-world marketing and distribution deal with Infogrames for PC adventure Gothic II. With Gothic II, JoWooD AG and the developing team Piranha Bytes, have succeeded in creating one of the great German blockbusters for 2002. The role-play game has now earned a VUD Gold Award for more than 100,000 sold units since its release on November 29, 2002. JoWood is obviously looking to give the game a huge push worldwide, and the Infogrames is well capable of carrying out the work required.

Thomas Kirchenkamp, JoWooD, comments: "We are delighted that in Infogrames we have found a partner who, with their global presence is the ideal partner for the international sales and marketing of Gothic II."

Christian Gloe, SVP Europe at Infogrames: "With Gothic II, our products portfolio now includes one of the best role-play games on the market today. We would like to congratulate Piranha Bytes as well as JoWooD on the development of this superb title and are thrilled to be able to offer this must-have in the field of role-play games to our fans all over the world."
Companies: Infogrames JoWooD
People: Christian Gloe Thomas Kirchenkamp
Games: Gothic II