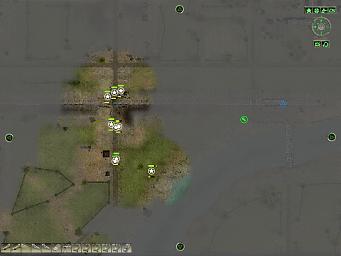 All Images (8) »
Well, obviously the bit about Westwood crying was made up. But it could very well be true. Anyhow...

A playable demo of the game being hailed as the one that's knocked Command and Conquer off it's RTS throne was released yesterday.

It's a return to form for The Bitmap Brothers, who seemed to disappear off the face of the Earth after the Z:Steel Soldiers games and the unfortunate PSone sequel to Speedball 2.

Upon playing Frontline Command, our love for the old-skool dev house has been restored, and we can now breathe a sigh of relief that this will be the same team who are developing Speedball online for PC.