After three years of Microsoft denials, Xbox keyboard is confirmed 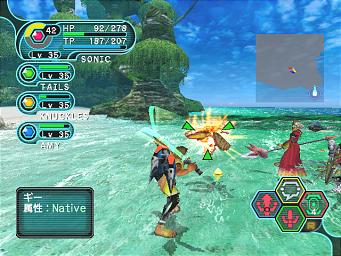 After three years of denying that it would ever implement keyboard support for the Xbox, Microsoft has altered its stance.

Coming inside every copy of Phantasy Star Online for the machine is a flyer which gives details of how an adapter, enabling the Xbox to make use of any USB keyboard, will be given away free of charge.

It?s fair to point out, as a Sega representative did to us today when denying the existence of the adapter (which seems a little strange really, doesn?t it?) that the Xbox is the only version of PSO that doesn?t need keyboard support.

Understandably, the ?Xbox-is-a-Microsoft-Trojan-online-PC-in-your-lounge? camp is outraged, pointing to this, combined with the admission that multimedia support in the form of Media2Go is scheduled, as proof of its case.

One of the last things left that Microsoft will never do, is enable full web browsing through Xbox. It will be interesting to see if this stance is shifted in the course of the coming year.
Companies: Microsoft
Games: Phantasy Star Online Episode I & II