Has Rare forced MS to can Tork? Amazing Xbox news inside! 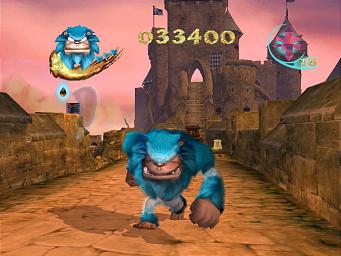 All Images (3) »
Microsoft Game Studios has announced that it has removed support from Tork, a game touted as one of its key releases for this year.

The metamorphosis-prehistoric 3D adventure has been canned outright, in news coming as a massive shock, given Microsoft?s brash statements of late, speaking of how advanced the code was.

?Microsoft Game Studios has made the difficult decision to end development on Tork. We recognise that Tork is a great game and value our developer relationships, so we are doing everything we can to help Tiwak bring their ideas and development of Tork through another publisher. We currently have a huge portfolio of titles in development, including a number of exciting platformers and great new games from Rare, and made the decision to focus our resources on other games.?

This news has raised eyebrows throughout the games world, with intense speculation claiming that Rare, for whatever reason, was not happy sharing portfolio space with Tork, a game given a great reaction whenever it was mentioned.

Others speak of demographic unsuitability, believing that the Xbox user-base simply isn?t up to hosting several cutesy platform games, with those at $350 million Microsoft-owned Rare understandably taking priority.

It is almost certain that Tork will be picked up by another publisher and will more than likely do quite well for itself. It?s less likely that the full story behind why Microsoft decided to kick it out will be revealed. We?ll ask anyway, at this year?s E3.