Capcom backs away from 'Cube? 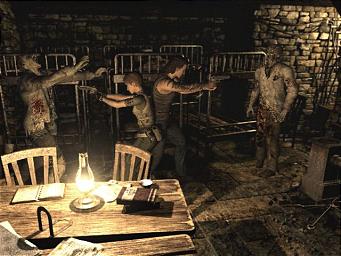 All Images (3) »
A report surfacing overnight from respected Japanese news source Nikkei Business Daily, points towards Capcom backing away from its close ties with Nintendo, following what has been described as "slower than expected sales" of both Biohazard and Biohazard Zero.

Indeed, Capcom's apparent closeness with Nintendo has raised more than eyebrows, with intense rumour of a buy-out setting the industry alight towards the close of last year.

The Nikkei states that after the release of Biohazard 4, the Capcom's key franchise will again go multi-format, once more able to tap the golden PlayStation installed user-base.