Initial D gets a wheel!

It's kinda like saying Street Fighter gets a joystick, but great news all the same 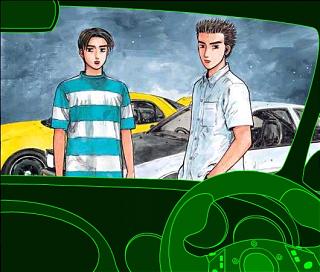 Logicool, the Japanese arm of Logitech, has announced a new partnership with Sega that will see the firm build and supply a bespoke GT-Force wheel for the hotly anticipated Initial D Special Stage for Sega Rosso.

The Naomi 2 arcade version of the game, without question the highest earning coin-op on the market at present, owes most of its success to the manner in which the player has to aggressively operate the steering wheel in order to succeed. Many question the release of the console version without wheel-support, as the belief was that essence of the game would be lost.

However, not only will force-feedback support be included, it will be reinforced by this special edition release, expected to accompany the game around the world.