More slippage as further ground given to GTA 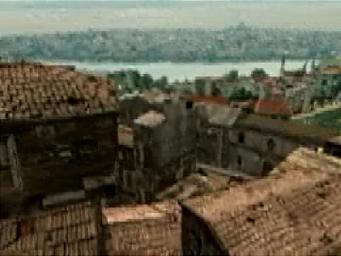 All Images (5) »
News breaking this morning states that Driver 3, developed by UK-based Reflections, has slipped to next year, in what is becoming a worrying pattern of UK developers failing to cope with coding for the PlayStation 2.

Having originally been slated for Q1 this year, the game is now looking like receiving a retail release at Easter next year, frustrating fans of the fantastic, genre-defining series.

Reflection's last outing, Stuntman, did not receive a warm welcome from Driver fans, and by Reflection's own standards, bombed, in terms of marketing-spend-to-sales and press reaction. It seems that this has put the cat amongst the pigeons at publisher Infogrames, with insiders suggesting that the developer is being kept on a much shortened leash for the delivery of its key title.

This also hints at failure to cope with making a large-scale game for PlayStation 2 at Reflections. Stuntman, arguably an expanded tech-demo, was very much on rails, with no free-roaming aspect to the game whatsoever. As several cities must be included in Driver 3, complete with all the detail, intricacy and interaction, as standardised by Grand Theft Auto and The Getaway, the project is fundamentally more than just another sequel. It is a complete evolution of the series, a new generation of game on a new generation of console. Had it not been for Rockstar and Team Soho upping the ante so effectively, it's likely that Driver 3 would have still been on course for a release this summer.

We really cannot wait for Driver 3, and it is, without question, one of out most anticipated titles in the pipeline. The last two outings caused productivity lows on an unprecedented scale, as our whole team congregated around a massive TV and played and played and played. We just hope that the third instalment delivers what, by rights, it should: The definitive mission-based driving experience.

We'll bring you everything on Driver 3, including a hands-on at this May's E3, as it breaks.