Champ Manager 4 pulls its shirt over its head while GBASP software sales go through the roof. 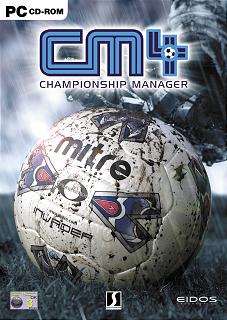 All Images (2) »
All change in the ELSPA All Formats chart, where the PC powers ahead of the pack with the newly released CM4 taking first place. Skulking stealthily behind is Ubi Soft's "hide 'n' seek-'em-up", Splinter Cell, now available on PS2 in addition to the existing PC and Xbox releases.

Last week's All Formats champion, Metroid Prime, grapples with sixth position behind newcomers Devil May Cry (PS2), Championship Manager Quiz (PC) and Zelda 3: Link to the Past (GBC) at the third, fourth and fifth positions respectively.

Meanwhile, Game Boy Advance software sales are, not surprisingly, up 183% on last week, fuelled by the launch of the lovely new Game Boy Advance SP and the release of Zelda 3: A Link to the Past and Sonic Advance 2.

The UK charts are compiled by ChartTrack, copyright ELSPA
Games: Championship Manager 4 Dead or Alive Xtreme Beach Volleyball Devil May Cry 2 Sonic Advance 2 The Legend of Zelda: A Link to the Past Tom Clancy's Splinter Cell