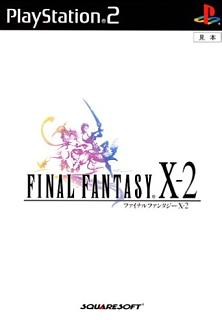 SquareSoft Japan, on the eve of its merger with long-time rival Enix, has triumphantly announced that it has shifted at retail over 1.2 million copies of Final Fantasy X-2, the pseudo sequel to the phenomenally successful sequel FFX. Amazingly these sales are attributed to just one day on general release.

These sales saw the initial batch shipped to retail, some 1.8 million, almost entirely depleted on day one, a figure much greater than was expected by either Square, or the federation of Japanese retail.

Reports from Japan breaking this morning cite SquareSoft president Yoichi Wada as claiming that the firm will now be making another sequel to Final Fantasy X. The game originally the "tenth" in the Final Fantasy series now looks to be spawning a series of its own. You may remember Square originally said the possibility of any sequel to FFX was unlikely.