The Italian Job finds favour with US magazine

And what will the Japanese Michael Caine sound like? 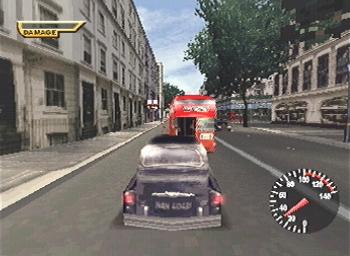 All Images (3) »
US magazine Electronic Gaming Monthly has voted The Italian Job 'PSOne Game of the Year'. The game received 60% more votes than the second placed title from a combination of editorial staff and readers. EGM commented that The Italian Job, published in Europe by Sci, and in the US by Take 2, is "...one of the best movie-inspired games ever to hit PSOne".

Bill Ennis, Commercial Director of SCi Games Ltd said, "We are delighted that SCi have won yet another award. This further highlights our commitment to creating a strong portfolio of extremely high quality titles."

The Italian Job quickly became a Platinum PSOne title in the UK, achieving 250,000+ sales, thanks to its Driver-style action, its inspired recreation of the film?s car chase scenes, and voice actor Phil Cornwell?s uncanny Michael Caine impersonation. Sci have also announced a publishing deal with Capcom to get the game distributed in Japan.

All this talk kinda makes us want to play it?now where did we put our PSOne?
Companies: Capcom SCi Take 2
People: Bill Ennis
Games: The Italian Job