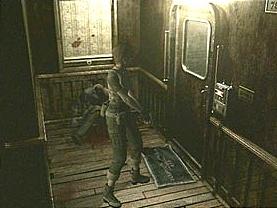 In what has to be seen as a defiant success, Nintendo has outsold the Xbox this week in the UK?s software charts, with the GameCube seeing another jump in sales.

Proving that key releases focused on quality counts in what is becoming an increasingly tight mid-market sector, GameCube software sales rose by some 45% in week-on-week comparison, powered largely by Capcom?s all-new Resident Evil. This equates to 49,867 sales, compared to 46,061 Xbox software units sold, a week-on-week drop of 7%.

This was managed despite the release of the hotly anticipated Metal Gear Solid 2: Substance for Xbox, new at number 13 in the All Formats chart, where Resident Evil Zero entered at number 2.

?We are really pleased with this weeks GameCube software sales which are up 45% on the previous week following the launch of Resident Evil Zero, Sonic Mega Collection and Phantasy Star Online I and II, all exclusive to Nintendo GameCube?, Nintendo European marketing boss Shelly Friend told us this morning. ?GameCube hardware sales have also increased this week by 21%. We are now really excited about the upcoming launch of Metroid Prime on March 21 which we expect to be a huge success.?