It?s Arthur, and a hut. And that?s about it?no, there?s a tree too! 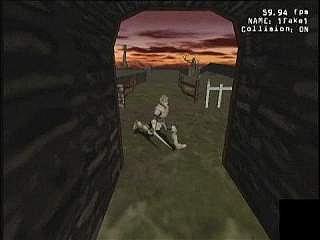 All Images (3) »
Capcom Japan, to the general surprise of the press, has released some very early screenshots from its upcoming massively multiplayer online action RPG Makaimaru Online, likely to be called Ghouls ?n? Ghosts Online in the west.

The images, believed to be for PC, show little more than a startlingly realistic Arthur, complete with armour, running around a few huts beneath a stormy sky.

We?ll bring you more on all this, as we get it.
Companies: Capcom
Games: Makaimuri Online