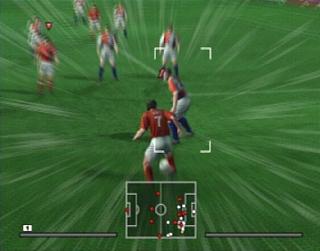 And yesterday, Konami Europe announced that the next instalment of ISS is on its way, much sooner than expected. As expected, ISS III offers a more accessible kick about than PES, with simplified, arcade-style gameplay and controls.

Due out for PlayStation 2 in March, the game features an interesting new close-up mode that, when activated, gives the player an over-shoulder view of the action from the attacking player, giving more control and a greater sense of realism.

A GameCube version will follow the PS2 release and hit shelves in May.
Companies: Konami
Games: International Superstar Soccer 3