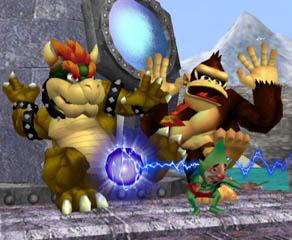 Melee on the cheap
Nintendo of Europe, in yet another act of startling kindness, has announced a budget range for GameCube, to be known as the GameCube Players? Choice Range.

The games, expected to cost a mere Ł20 each, are Luigi?s Mansion, Pikmin, and Super Smash Bros Melee, with more expected to follow as time marches on eternal, as they say.

This offer, which comes somewhat out of the blue, sits well alongside Nintendo?s other promotion, that of a free game with every new GameCube purchased.