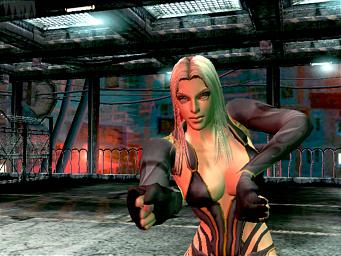 All Images (4) »
In news that has left us completely dumbfounded, we can reveal that the Microsoft Xbox's Kakuto Chojin will not see a European release.

Microsoft insiders have confirmed that the game, which is made by Microsoft Game Studios Japan, will never be released in Europe, but that?s all, no more. No one seems to know why.

Kakuto Chojin was given a warm reception in Japan and America, and was shown to European press at the X02 event in Seville last autumn, when we were assured that a European release was on the cards.
Companies: Microsoft Microsoft Game Studios
Games: Kakuto Chojin