Just Flight's Strike Fighters gets us all nostalgic

They really knew how to christen a plane back then. 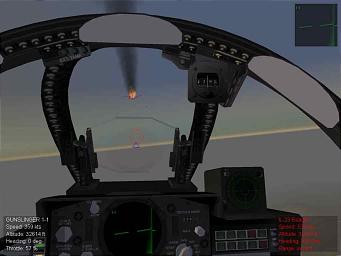 All Images (6) »
Just Flight, arguably the world's leading flight simulation specialist, has announced its next package of delights for the ground-bound wannabe pilots among us, namely Strike Fighters Project 1. Due in February, this PC title, developed by flight sim veteran Third Wire, is set in the 1960's and features some of the most well known names and planes from the era, in the F-100 Super Sabre, F-104 Starfighter, A-4 Skyhawk and the McDonnell Douglas F-4 Phantom II.

The sim may well be set in the sixties, but there's nothing dated or primitive about the technology behind Third Wire's new offering. The company has developed its own graphics engine for Strike Fighters Project 1, an engine optimised for rendering scenes with a high poly count and in 32-bit colour, all helping the virtual piloting experience become more realistic.

We know that there are thousands of flight sim enthusiasts out there - the genre seems to have a life of its own outside of the vagaries of the rest of the games industry - so we make no apology for bringing you the first screens from Strike Fighters Project 1.