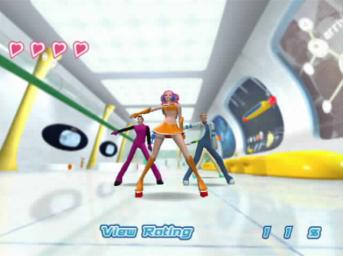 Space Channel 5
All Images (2) »
For some reason, Sega is has cancelled the release of both Super Monkey Ball and Space Channel 5 Part 2 in the UK, and nobody seems to know why.

Both games, due to published by Sony Computer Entertainment Europe, have been removed from the schedules of both firms, in a furthering of the disjointed mess that awaits Sega's re-emergence into Europe.

Even stranger is the fact that Space Channel 5 Part 2 will be released into the rest of Europe, just not the UK, at least according to Sony representatives.

However, we can reveal that Super Monkey Ball has been canned around the world, though no explanation has been offered. Unofficially the PlayStation 2 version is still on the cards, but we can assure you that it will never see the light of day. A great shame for PS2 owners...