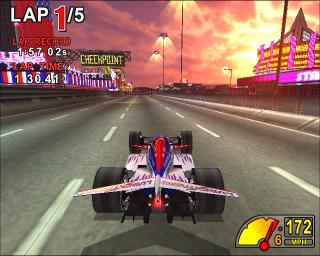 All Images (4) »
We can exclusively reveal that Sony Computer Entertainment Europe is withholding full boxed copies of Virgin?s Downforce racing game, due to unpaid debts.

At this moment, the entire shipment of games, which were scheduled for release way before Christmas, is in a warehouse somewhere, gathering dust. According to our spies, Sony is looking for a buyer for the title, the proceeds of which will be used to offset Virgin?s debt.

In the meantime, Virgin?s latest saviour, managing director Terry Shuttleworth has left the firm, which is now losing staff daily, mainly due to the fact that none of them have been paid since mid-December.

Much of the bitterness at Virgin?s London office is squarely directed at the mismanaged aggressive business practices of Titus Interactive.

It is likely that a buyer for Downforce will be found soon enough and the game will hit the stores. We?ll keep you updated, via our spies, as things progress.
Companies: Sony Virgin
Games: Downforce