No need to get angry! 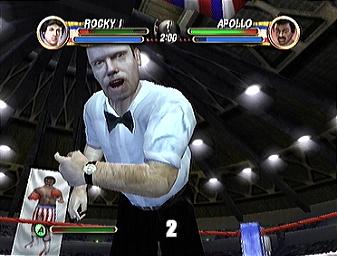 Rage's Rocky - out for the count?
All Images (3) »
It looks like the game is up, so to speak, for UK-based Rage Software. Yesterday?s trading shares in the firm, already dismally low, fell by a massive 67%

This followed the revelation that all banking facilities, including payroll and any credit options, had been suspended.

Making a brief, non-apologetic statement, the firm simply said, ?The company regrets to announce that following a review by its bankers, the group's banking facilities have been discontinued.?

As you may know, Rage has been the firm behind a second division of licensed games, making the ever-popular mistake of thinking that success in the games industry comes from attempting to mirror the policies of Electronic Arts. However, Rocky and David Beckham will never be able to compete with Harry Potter, Lord of the Rings, FIFA and the rest.

The firm?s last offering, Rocky, was well received and is arguably the best 3D boxing game ever released. However, it got lost in the Christmas rush. This compounded the disappointment that was David Beckham Soccer, a game that will stand in the history of gaming for being the most disastrous licensing folly ever seen.

Rage announced losses of Ł16 million in October, and now looks set for the knackers yard, despite announcing a new Rocky title yesterday. The situation also begs the question, what will become of games such as Lamborghini, Rolling, Team SAS and so on?

When contacted today, the firm was understandably coy. According to a well-briefed receptionist, the entire workforce was in a meeting. We were told that there is no comment at this stage.