Gaming overspills into reality in LA 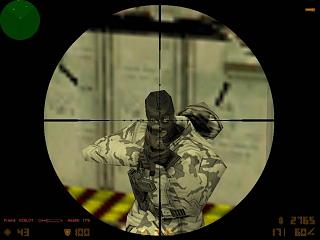 Counter Strike
All Images (3) »
According to reports surfacing overnight, two Counter Strike clans in Los Angeles California have taken things too far, exchanging mouse and keyboard for club and Beretta.

Following a clan-based CS tournament at San Fernando Internet Cafe, a fight erupted between members of rival outfits. However, these clan members were not the burger-chomping cola-fuelled geeks you might imagine.

After a ruck in which chairs were smashed over players' heads, a member of a rival clan shot one participant in the leg, apparently. Between eight and five shots were heard.

"They threw a chair at someone's head, then two people started running, and that's where they started chasing them, and they pulled out a gun and started shooting," an eyewitness told ABC News.

All this comes in the light of a fresh attack from the National Institute on Media and the Family. "Video game violence is now an epidemic and violence against women has become a black mark on the industry," said the report's author, David Walsh.