Games of the Year - PC

It's not all first-person shooters and flight sims you know! 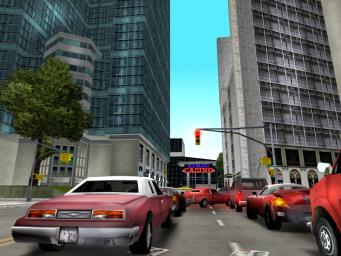 All Images (10) »
The PC game of the year poses more difficulty for the panel than most platforms, as each game is optimised differently for different hardware configurations. This being the case, we?re going to focus on gameplay and originality. Not polygons, mip-mapping and, erm, all the rest of that stuff?

In third place is Wanadoo?s Iron Storm, developed by 4X Studios. Set in the Sixties in a world in which the Great War never ended, this medley of styling and imagination was one of the most innovative gaming experiences of the year. Albeit following the standard FPS mould, Ion Storm brought a sinister, dirty, edge to the genre and came complete with some of the best narrative seen in a game since Half Life. It?s a shame that the final release was bugged to the extent that, at the time of writing, three patches have been required.

Second place sees Rockstar Games? amazing Grand Theft Auto 3. Delivering a well-needed slice of console gaming to the big angry box, GTA 3, despite being ethically questionable and hammered by certain sectors, does stand out as an epic achievement in environmental development.

With the console-to-PC porting process shockingly overlooked by most publishers, Take 2?s decision to make the platform leap was a brave one, given that Grand Theft Auto is by far the firm?s most valuable franchise. Had the game been tardy, buggy or just not enjoyed by the consumer-base, the strength of the series could have been undermined, at least with PC owners?

And in first place, Medal of Honor, Allied Assault. Without doubt Electronic Arts best series, arguable ever, Allied Assault brought a new level of realism, emotion, gameplay and fresh design aesthetic to both the franchise and the genre in general. Although somewhat tarnished by a distasteful press launch, Rick Giolito?s team delivered a sterling representation of the Normandy Beach Landings. It is evident throughout the game that cliché-avoidance was at the forefront of the teams thinking. Level design, mission objective and immersive environments are a testament to the fact that Allied Assault is a truly outstanding game.
Games: Grand Theft Auto 3 Ironstorm: World War Zero Medal of Honor: Allied Assault