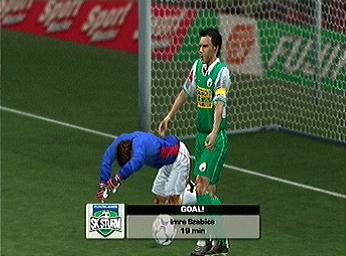 All Images (4) »
Electronic Arts has announced that the Canadian-developed FIFA series is well and truly the most popular footy blast in Europe, following a slip up that let Konami's Pro Evo Soccer take the lead earlier this year.

According to statements made by EA, it outsold PES2 by a ratio of 2:1 - news that comes as somewhat of a surprise. It was thought that FIFA's grip on the top spot had finally fallen victim to Konami's soccer offerings, which are undoubtedly superior.

However, much of the glory for the coup must be levelled at EA's colossal marketing machine, which has practically swept PES2 out of sight. FIFA 2003 is plastered on every available space throughout the continent, with retail-backed TV adds playing at all the key times.