Tekken and Onimusha get the silver treatment 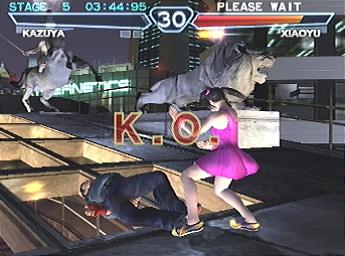 All Images (5) »
In what is becoming a regular occurrence, a film company has announced the acquisition of the rights to make some more movies based around videogames.

This time, Gaga Communications has signed up Namco's Tekken and Capcom's Onimusha for full-scale theatrical releases, due to hit the screens at some point late next year. Alarmingly, the production team behind the lacklustre Resident Evil film has been commissioned for both.

Onimusha and Tekken join the ranks of Street Fighter, Tomb Raider, Resident Evil, Crazy Taxi, House of the Dead and all the rest. Let's hope that the films, (especially Onimusha which has the potential to be an incredible cinematic experience,) are worthy of the licenses.

We'll keep you posted on all this.