Street Fighter and the rest banned in Honduras 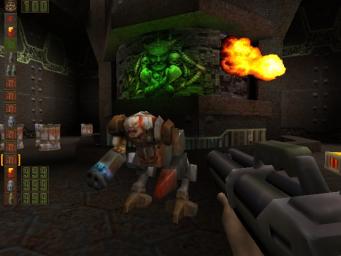 Quake
All Images (5) »
A new law has been passed in Honduras that will see a colossal number of computer and videogames being banned for both home machines and public arcades.

According to reports from the country today, the concept behind the ban is aiming to reduce the amount of violent crime suffered by Hondurans. Retailers and arcade operators will be given six months to remove offending materials before the law comes into effect from next June.
Games: Doom Duke Nukem 3D Killer Instinct Legacy of Kain: Soul Reaver Mortal Kombat Perfect Dark Quake Resident Evil Shadow Man Street Fighter The House of the Dead Turok: Rage Wars