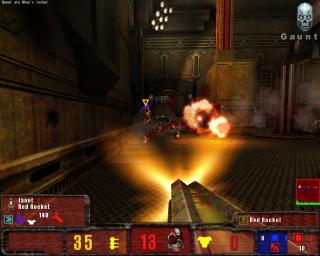 All Images (5) »
Quake IV development head Rick Johnson has spoken out regarding the various movies claiming to be Quake IV footage that are floating around the Internet at the moment.

According to Johnson, the clips, which purport to be in-game and trailer footage, are entirely bogus.

?Just wanted to make a quick update in saying that there has been a recent flood of fake Quake IV movies and trailers,? he said. ?Everything on the Internet is fake and nothing Quake IV related has ever been released, except for the one piece of concept art released at the initial announcement of the project.?

Raven will be no doubt keen to clear this matter up following the leaking of Doom III footage last month from an undisclosed source.