The Getaway chopped down. 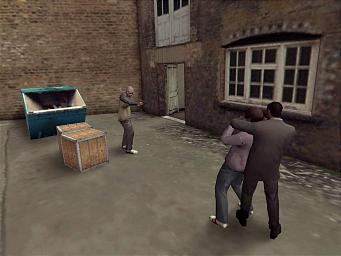 All Images (5) »
The Australian government seems intent on frustrating Sony Computer Entertainment at every possible juncture, announcing that its awesome Team Soho outing, The Getaway, will be censored before going on release in the country.

This news follows rulings that saw Grand Theft Auto 3 withdrawn from sale and GTA: Vice City suffering cuts in its content. The Getaway has had certain cut-scenes either altered or completely removed, though, according to reports, the gameplay has been left intact.
Companies: Sony Team Soho
Games: The Getaway