Radiant SilverGun GBA remake on the board 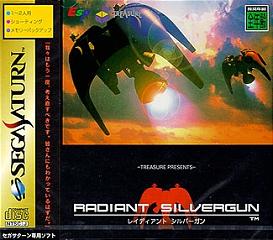 We can exclusively reveal that a Game Boy Advance version of the Saturn classic Radiant SilverGun is under consideration at cult developer Treasure.

According to our reliable sources, a remake of the game, currently trading second hand on the defunct Sega Saturn system for over Ł100 a copy, has been discussed at length at Treasure, following the success and acclaim enjoyed by its last 2D shooter Ikaruga.

It is known that several larger publishers have looked at releasing a GBA version over the past few months, following Infogrames signing Ikaruga for the GameCube. It is believed that Infogrames spoke to the team about the possibility of linking GC Ikaruga with a possible portable version of Radiant SilverGun.

As soon as anything concrete emerges, you will, as ever, be the first to know.