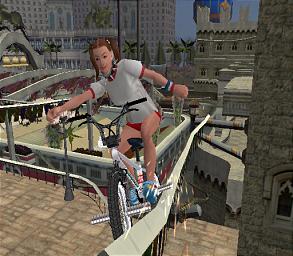 ?We asked Acclaim to cover the topless females. We worked with Acclaim on this game, and none of the changes that we asked to be made affected gameplay. We didn't feel that the topless nudity fundamentally added to the gameplay experience, and it presented an issue with regard to our global platform strategy and our guidelines. And because we have invested so much, and have built in so much equity to our system, we feel we need to protect that.?

All this comes as Vice City, the sequel to the mega-selling GTA3, having passed SCEA?s guidelines with consummate ease, enjoys huge shelf-space allocations across the US, where it is selling like heated-up cake.