Are those teethmarks in the hand that feeds? 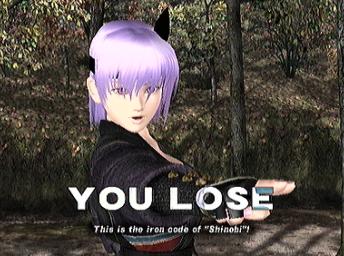 Arihiro Nakamura, chief executive and president of Dead or Alive creator Tecmo, has made some surprising comments about the firm?s new best friend, Microsoft and its Xbox console.

"Americans take a dry approach. They identify how much value, they analyse numbers," he commented. "Japanese business begins with, 'Do you love our business?'" A strange comment from a company that has snuggled up to Microsoft from the outset.

He continues, "Microsoft has not been supported by all the big, famous Japanese companies. They need that support. Otherwise they will fail, especially in Japan because we have so much experience in this industry."

Even more strikingly, Nakamura said, "I admit Mr. Robbie Bach is a competent businessman, but I don't think he understands the Japanese spirit and people.? Then, motioning to the Microsoft staffers in attendance at the press briefing he was speaking at, he said, ?These gentlemen here are Japanese people, so they are supposed to capture our hearts. But everybody believes that the headquarters is still controlling the Japanese office."

Cripes! Tecmo still has New Dead or Alive, DOA Extreme Volleyball and Ninja Gaiden planned exclusively for the Xbox. Will these comments damage the firm?s relationship with the Xbox manufacturer or in this case, is the game-maker fully in charge?

For reference, Dead or Alive 3 is, so far, the best-selling Xbox game released in Japan.