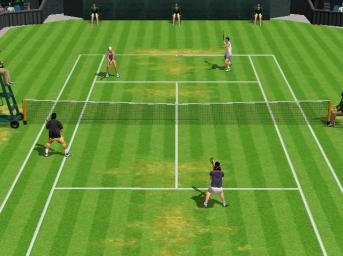 All Images (2) »
We can reveal that Acclaim is poised to release several Sega games that once graced the ill-fated Dreamcast, namely Virtua Tennis 2, Sega Bass Fishing Duel and Virtua Cop.

This follows on from Acclaim publishing another much-loved Sega game from the Dreamcast portfolio ? Crazy Taxi - released for the PlayStation 2 last year.

As we reported last week, Sega is poised to begin publishing its own titles throughout Europe within the next eight months and it?s interesting to see how this fits into the firm?s overall plans. Perhaps these releases form party of an earlier agreement between Sega and Acclaim.

It is also interesting to note Sony Computer Entertainment Europe?s absence. SCEE was due to publish all Sega PS2 titles moving forward, but it now seems that a withdrawal from publishing, at least in Europe, has been made.

No matter, all three games are due to grace the PlayStation 2 early next year. Good news indeed.