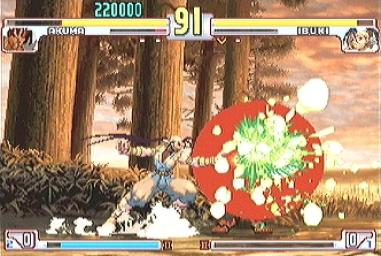 SFIII: Third Strike
All Images (3) »
Sega of Japan has decided that the Dreamcast must live on. Despite being hit by a share fall of over 30% in recent weeks, the firm is still refusing to let go of its final hardware offering ? the Dreamcast.

This time, Sega has decided to re-release several favourite Dreamcast games, from the machine?s first and third-party line-up, to an eager Japanese public.

Sega is asking Japanese consumers to vote online as to which games they would most like to see resurrected as part of this range. The company has also pledged that any re-releases will carry a price-tag of 2,700 yen, around Ł14. That?s not enough to buy a bowl of noodles in the Land of the Rising Sun and represents extremely good value.

The bad news is that Sega is unlikely to roll out this system into the US or Europe. But you can always hope.