True Legends of Wrestling included as UK contingent powers up! 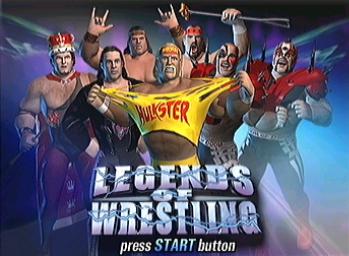 All Images (3) »
Acclaim has revealed that it intends to include some real legends in its upcoming mullet-em-up Legends of Wrestling II.

The next outing in the series will feature, amongst others, Kendo Nagasaki, Giant Haystacks, Mick McManus and, best of all Big Daddy.

US grapplers will include Andre the Giant and Hulk Hogan.

?Although Legends of Wrestling II features an awesome line-up, the opportunity to sign the four greatest UK wrestlers was too good to refuse," said Ned Browning, European Brand Manager. "Big Daddy and Giant Haystacks were two of the biggest names in UK sport during the 1980?s and we're hoping their inclusion, along with Mick and Kendo will allow gamers to re-live the great days of prime-time Saturday afternoon wrestling.?

Legends of Wrestling II is planned for release on PlayStation 2, GameCube, GBA and Xbox. Expect to see it on the shelves this November.