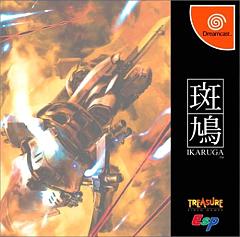 When asked about a possible PlayStation 2 version of the game and the reasons behind releasing a Dreamcast version, Masato Maekawa said, ?It was originally released on Sega's Naomi arcade architecture, so a Dreamcast translation was the most natural course. We evaluated developing a PlayStation 2 version, but our early efforts were very difficult. So we postponed plans to release Ikaruga on PS2 and went ahead with the Dreamcast version. Reaction from the hardcore fans has been strong, so I don't think its platform will have much of an effect on sales.?

A PlayStation 2 version was long-rumoured to be in development, though eventually the firm stated that it was not finding the porting-process very forgiving. On the future of Ikaruga, Maekawa said, ?At the moment we have no plans for any other Dreamcast games. We're working on a translation of Ikaruga for the GameCube. This is mostly for the overseas audience, since the sales of Dreamcast hardware and software isn't supported in most stores anymore. We're confident a full transplant on the GameCube is possible.?

As Treasure is one of the only companies still committing itself to the furthering of the 2D shooter, the onus is on Treasure to feed the hunger that exists within the hardcore gaming community. Maekawa added, ?I think it varies depending upon the company. However, we plan to implement new ideas and styles of gameplay, such as those introduced in Ikaruga. We're still newcomers to the genre, relatively speaking, but we plan to do our best and keep the shooting tradition alive.?

Thank goodness for that. More on all things Treasure and future 2D shooters as we get it.

Also, we might just be getting hold of some highly exciting exclusive Ikaruga news in the next couple of weeks, so stay tuned!