Does this mean it could get a western release? 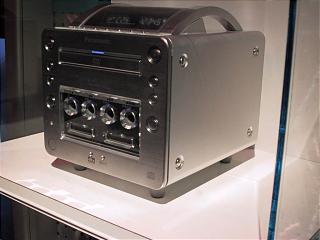 Matsushita has announced that it intends to release a new version of the Panasonic Q, the Japan-only GameCube DVD hybrid much coveted by gamers and technophiles outside of its native shores.

Incredible news sees Matsushita reveal that the new version of the machine will feature some form of digital video recording, as well as the DVD playback as featured in the current model.

This has sparked speculation that a western release of the Q2, as it has been dubbed, may well be on the cards. Delightful news, we are sure you?ll agree.

Whatever happens, we?ll keep you posted as anything breaks.